Did you know the very first crossword appeared on 21st of December’ 1913 in the newspaper New York World? Yes, crosswords have an impeccable history of 100 years. And, the person behind this intriguing creation was a simple man from Liverpool, John Arthur Wynne, who left onion farming, moved to the US to become a journalist and finally ended up becoming the editor of New York World. 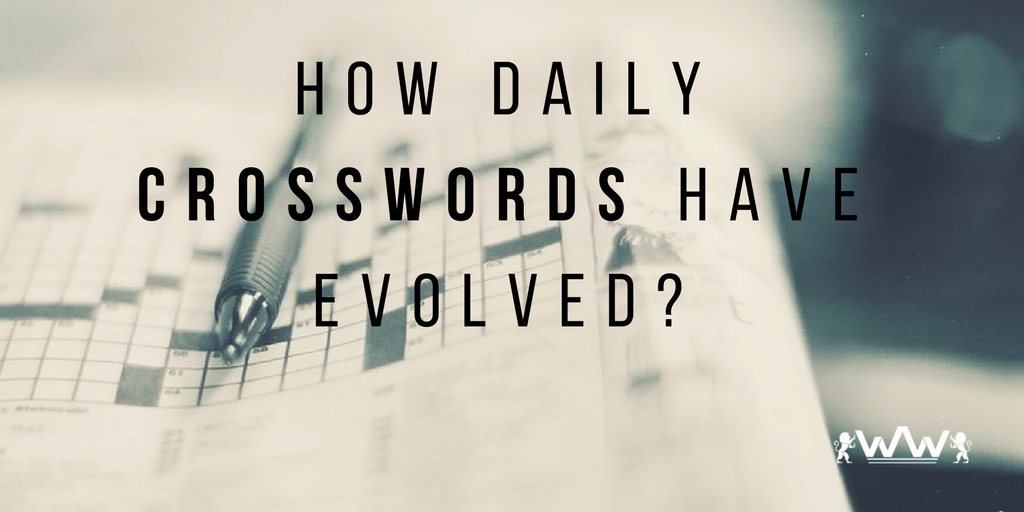 And, as if this journey wasn’t inspiring enough, he went a step ahead and took the world by storm with the creation of the oh-so-amazing cryptic crosswords. How amazing is that! In fact, such was its craze that during the early 1920’s that almost all the leading American newspapers made way for crosswords and started printing it in order to boost their business. It even found its existence in Europe and appeared in the Pearson Magazine on 22nd February’ 1922 followed by the initiation of Times crossword on 1st of February’ 1930.

So, you see, here’s a lot that has happened in the world of crosswords since its inception. It has evolved and developed over the years and emerged as a leading brainstorming game. However, do you have any idea where the evolution of crosswords have taken it? How the crosswords of 21st century functions? No clue? Still on the fence? Well, technology has been growing unprecedentedly and like every other thing, the world of crosswords have gone a notch higher because of it. Yes, crosswords have become digital too and is available to play online, accessible just through a click. In fact, you can play online crosswords literally anywhere with, of course a digital device and a strong internet/wifi connection. No matter if you are lying in the cozy comfort of your bed or are at the top of a cliff, with the new age, contemporary online crosswords in your hands, you can instantly play a game or two of words and refresh yourself while unleashing your inner wordsmith.

Smiling already? Well, your smile will definitely transform into a grin when you would know about this one awesome online crossword which has entirely transformed the way crosswords functions. Curious what’s so special about this online crossword game? Okay, you might have played a lot of easy crossword puzzles while relaxing and rejuvenating yourself but, have you ever won prizes out of it? No, right? Well, that’s the USP of this online crossword puzzles. Yes, it gives its players some of the most amazing gifts and prizes as winnings. All you need to do is answer its puzzles correctly and you are good to win all its drool-worthy goodies. Now, isn’t that freaking awesome?

Hence, not only will it boost your vocabulary and enhance your analytical, cognitive skills but, also induce you with instant gratification by showering you with cool gifts. Could it get any better? Of course not! So, why waste a second? Just dive in its various games ranging from divisional and super word puzzles to its short, active and open games and make the most out of this entertaining crossword journey. You are undoubtedly going to enjoy every bit of it as you grasp the clues and cues while answering all of its puzzles just the right way. All the best. Nail it, okay?